All the latest news on the Prosecco DOC Consortium

Prosecco DOC and Casanova Opera Pop: Italian bubbles, culture, and more POP than ever in the musical by Red Canzian

The Prosecco DOC Consortium has always supported the cultural world in all its expressions, increasing its commitment over the years to activities related to visual arts, music, and entertainment, as well as to the museum and fashion fields. The Consortium has thus created a network of connections in order to enhance the Italian Genio for which it is renowned throughout the world.

One of the latest partnerships is with the colossal Casanova Opera Pop. The fine Prosecco DOC bubbles are partner and Official Sparkling Wine of the magnificent show written and produced by Red Canzian and inspired by the bestseller by Matteo Strukul, “Giacomo Casanova – la sonata dei cuori infranti”(“ Giacomo Casanova – The sonata of the broken hearts”)

For this special occasion, Prosecco DOC designed an exclusive bottle that depicts Casanova and the beloved Francesca in a romantic dance in an illustration made by the artist Milo Manara.

After a successful debut in Venice, with three consecutive nights sold out at the historic Malibran Theater, the tour will run until March with the bottles of the Special Edition Prosecco DOC accompanying the Casanova Opera Pop cast in the next tour stages in the Italian cities of Bergamo, Udine, Milan, Treviso and Torino.

“With this special bottle – explains Stefano Zanatte, President of Prosecco DOC Consortium – the Prosecco DOC Consortium continues the celebrations for the 1600th anniversary since Venice founding, an emblematic city for our designation with which we have been carrying out cultural high-level events for years in line with the Consortium’s promotion activities ranging from sport to culture in all its form.”

Casanova, created by Canzian over the last two years, is the first unprecedented musical to debut since the reopening of the theaters. The musical is a huge event with more than 30 scene changes, designed to have an immersive effect, 120 costumes inspired by eighteenth-century Venice, and as many as 35 unreleased songs and original artwork specifically created by Milo Manara.

"In the excitement of these last few days of rehearsals before debuting in Venice, in a sold-out theater for three evenings which demonstrates how much we all missed the stage,” says Red Canzian “I look at our show as a strongly desired son, who wonderfully grows day after day and whom I can't wait to show the world, wishing ‘him’ a long and satisfying life."

“For the first time Prosecco DOC Consortium designs a bottle with a label exclusively dedicated to a show,” observes the President Stefano Zanette "and it is no coincidence that it has decided to do so for a musical created and produced by Red Canzian, a Treviso native who– I hope he’ll forgive me for what I am saying – as the Prosecco, is enjoyed by an international, transversal, and above all, cross-generational audience. Both are loved by new teenagers but also previous generations who continue to get fascinated by the classic but also the new productions. Therefore I’d like to toast the show with a glass of classic or rosé bubbles, wishing all the success it deserves!” 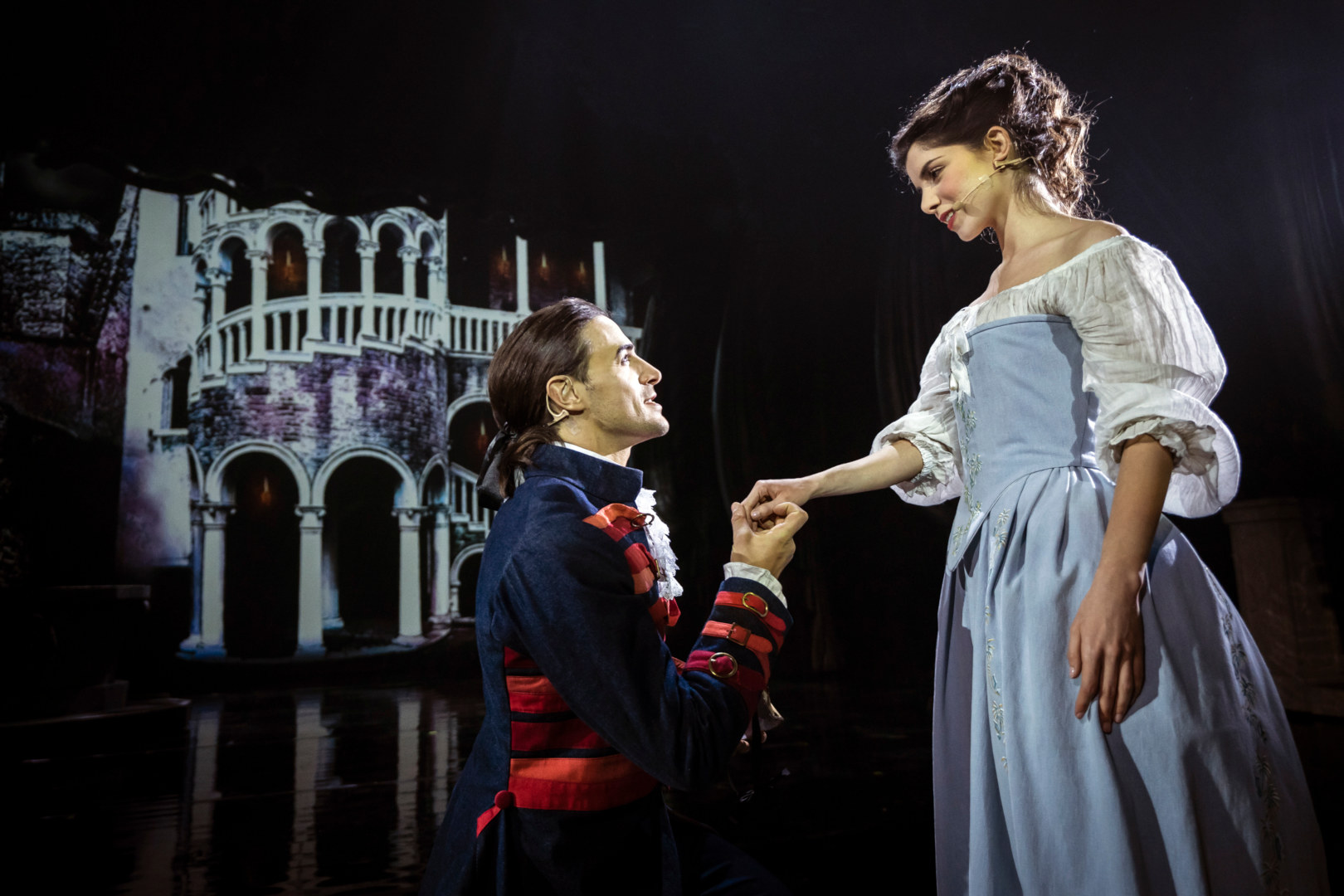 You must be of legal drinking age to access this website and declare that you are familiar with the laws of your country regarding the consumption of alcoholic beverages..

I declare that I am aware of regulations and laws imposed by my country in the consumption of alcoholic beverages..